... Knights armed with lances and swords are approaching the old fortress, prepared to take over the castle. In front of the gates the flames reach higher in the sky and the dense smoke is breaking through the night. 0n the ground where once the Romans left their traces, the grass is all broken and trampled by horses. The people behind the fortress walls are prepared for the attack. Cannons are brought into the correct position, in order to repel the enemy.

Behind the walls women with children in their arms are trying to be kept in safety. Men in the towers are trying to observe the towers the position of the enemy. The flames of fire make the sky appear blood-red, a prediction of nothing good to come, an "indication" that a battle always requires many victims. The walls upon which some enemy knights are trying to climb are full with pitches that is being poured over and a painful death is flowing.

In this night, one reads it later in the chronicles of what took place the final fight, when the blood was pouring, came to ist end.

In the sky, in front of everybody, an angel appears, spreads his arms and speaks to the people: "I am your guardian angel, the angel of the people, the angel Gabriel.

Why are you killing each other? Have you no fear of purgatory, of hell or the court of God?"

The women behind the thick walls hold the children tightly in their arms and make the sign of the cross. The men also seeing this "sign" from the sky stop for a moment. The knights step down from their horses and drop to their knees. A rain in the form of tears falls from the sky and extinguishes the flames.

For one moment all becomes completely quiet, so still that one could hear the people's hearts beating.

The angel, surrounded by a ray of light, says: "Let this fortress be a meeting place for people, to become a place that will always remind you of this night."

Centuries have passed since this memorable day. The fortress "San Gabriele" has changed its form several times, passt through many time epochs and is now a building with thick walls in which people still look for comfort and safety. The rooms within its interior still remind you that once upon a time, in the year 1510, a miracle occurred. In many small niches candles burn and give light which emanates warmth. The flames recall something about that night. Here and there one believes he might meet people from past days, but there are only people of the present protected by San Gabriele, an angel, who has guarded this house and whose picture can be found in the talisman of the owner. San Gabriele, the guardian angel for us - The people... 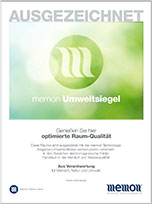